French Alps, Rhone valley, Auvergne volcanoes… Yes, they are all part of the Auvergne-Rhone-Alpes region, and probably sound like a great mix of Tour de France dreamy passes, world-best gastronomy and unique outdoor activities. If Lyon, as the capital of the region, attracts all gastronomy fans, the entire Auvergne-Rhone-Alpes area is actually a unique outdoor playground especially for cycling fans.

Each year, cyclists come from all around the world to ride in the tire treads of the Tour de France and climb the mountain passes. The pleasure of cycling can be savoured all throughout the region, whether around the lakes, along the rivers or on the plateaus. Mountain biking enthusiasts can also live their passion here. As for hiking, our region is criss-crossed by a dense network of marked paths and major routes to discover on foot, by bike or on an electric mountain bike.

The largest CycleSummit so far took place in Chambéry, in the eastern part of the region Auvergne Rhône-Alpes. More than 120 delegates from all over Europe and North America had some very productive days. The program was enriched by several Famtrips organized by Annecy Mountains, Grand Angle, Cyclomundo and Safran Tours.

Around 80 participants had come to Toulouse in October 2021. The event was well prepared even we only had three months for the preparations. The team of the region Occitanie did a fantastic job and was a great host of the 2021 summit. The event started with a pre-tour in the Pyrenees, followed by four days of CycleSummit in Toulouse including an excursion to the Tarn Region which was accompanied by French television.

Also, the post-tours in the Lot / Dordogne Valleys and along the Canal du Midi to the Cathar Country was a great experience for many tour operators. 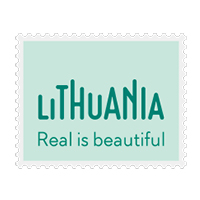 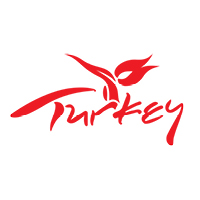 Over 70 tour operators joined the online conference on November 9th, 2020. Using ZOOM, we managed to arrange 1:1 meetings within 20min slots, interesting break out sessions and online presentations. The online conference was sponsored by The Liberation Route Europe, Lithuania Travel, Turkey and REGIO Konstanz-Bodensee-Hegau.

Keynote speaker was Jesús Freire,  Business Development Director at the European Cyclists Federation with a short keynote presentation titled #RestartCycleTourism for a safe COVID-19 recovery and a more sustainable future for Europe.

Read more about the agenda 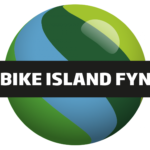 The CycleSummit 2019 took place on the Danish island of Fyn. The eleventh summit was a great success for all participants and with 120 delegates the biggest event so far.

In October 2018 the CycleSummit was held in a beautiful and for most delegates unknown part of The Other Holland, called the Veluwe. Most impressing parts of the Sunday’s excursion was the visit of the National Park Hoge Veluwe and tour through the famous collection of the Kröller-Müller Museum with the second larges Van Gogh collection in the world. Around 80 delegates had very productive meetings in the Hotel Bilderberg near Arnheim.

The bicycling region Emilia-Romagna hosted the 8th CycleSummit in autumn 2017. We believe that it was the most delicious event yet with wine, pasta, pizza and seafood all the time. But it was also very successful from the point of view of over 60 participants.

The destination Costa Cálida, Region de Murcia, Spain, hosted the CycleSummit in March 2016. Together with Alex Rodier from Entre Tierras the event was created in only three months.

Please allow us to send you invitations by email about upcoming CycleSummits.

And don’t worry, we hate spam too! You can unsubscribe at anytime.